Debunking Dogma: the Myth of the Negative Split

Call me a heretic.  Call the notion blasphemy, insanity, absurd beyond belief if you will… 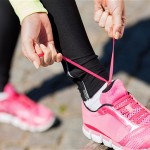 The strongest idea that I’ve noted in running since I took up the sport a few years ago is the importance of/exaggerated emphasis placed upon running a negative split.  “Crucial to success”, I’m told.  And yet, no one can give me a genuine, convincing reason why.  I’m left with the belief that runners think it’s important because they read it in a magazine once and their friends did too; and somehow because it may have provided an element of success to some people, perceived or otherwise, the idea of the negative split has become dogma.  Heard at a race recently: “The conditions were rough, I really pushed but I didn’t do as well as I’d hoped to, no where near my PR… but hey, at least I ran a negative split…”
Huh?
Convinced that a negative split is the be all and end all?  Consider this: of the last three men to break the world record for the marathon, two of those three records were achieved by running a positive split.  Here are five reasons why runners can throw the idea of a negative split in the same pile with other avant garde ideas like the earth is flat, and the internet will never amount to anything more than a fad.
But wait?  No negative split?  Then what?  How can you possibly race your next race without dogma?
Here are some proven strategies and tips that most racers can apply to their next race:
Need proof about making hay when the sun shines?  Those two guys that set marathon world records with positive splits?  Their best 10k splits were between the 20k and 30k mark.
What about mere mortals and the tips above?  Recently I paced a friend during a half marathon that in truth we were both undertrained to race.  Despite this fact, using all of the the suggestions above in summation, she bettered her PR by approximately 8 minutes.  She ran a horribly positive split.  I don’t think she’s too upset about that.
Runner’s World, in an article analyzing the most recent world record result for the marathon, begins the article referencing the importance of the negative split, immediately sending my hackles up.  But then reading further, they make an important shift in emphasis and summarize with: “To run your best, you have to find the precise threshold where you are not dipping into an effort level that is unsustainable for the entire distance… Finding that threshold is your most important task… Learning to trust it and maintain it mile after mile will result in your personal record.”
Now, that is something upon which we can agree.”
-Coach Derek 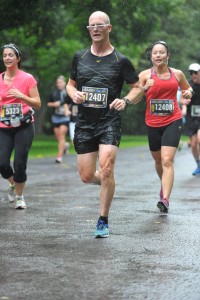 In his late 40s, Derek decided to give running and triathlon a dedicated try, qualifying for and competing in both sports at the Canadian Armed Forces Nationals in 2013 and   2014, achieving podiums and top 5 results.  In addition, he has been coaching triathlon for the past two years, with his first athlete headed to the Olympic Distance Triathlon World Championships in Chicago in September 2015.  His philosophies on training, racing, nutrition and life are focused upon personal accountability, sustainability, and balance. 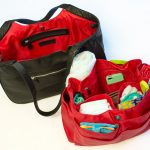