This is a short one guys. I just wanted to share a few words around Father’s Day. I’ve been putting this one off, but I owe it to you to get this out there.

I had (have) a great father. I say had because we lost him a few years ago to cancer. I prefer ‘have’ because he a) is still my father and always will be, and  b) he continues to be my father and influencing me as a father would, despite not actually being here. He passed away at age 58. My message has a double edge today.

Like many fathers/daughters we had that ‘thing’ between us. I was Daddy’s girl. I laughed when he laughed, I cried when he cried. I worried when he worried. We did so many cool things together despite the fact that he was a very busy man. He was the breadwinner of the family, running his own family law firm in a small town,  served on town council and later on as mayor, played hockey, golf, hunted, fished, cared and managed extended family business, plus all sorts of other things. I honestly do not know how he did it (well I do – my mom is a rock star too)  He was a work horse. I remember nights where he would come home after a long trying and sometimes emotional day at court, mow the lawn,  and then go golfing. In the winter, it was shoveling the driveway, walking the dog and jetting off to hockey. He always had a lot on his mind. He was always there for a friend. He was always there for me. 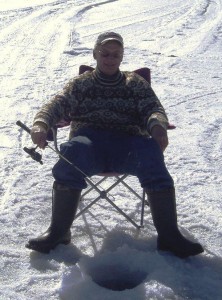 e thing. My dad had a little secret. He made exercising, sports, play and leisure a priority. He maintained that most professionals really only have 5-solid hours of razor sharp, power hours of mental acuity in their day to day jobs. The remaining hours are fluff and hardly productive. Adding physical activity to challenge the brain and body in a different (the key is different) way, he felt made him better in the hours required as a lawyer, father and friend. Looking back, I agree.

Making time for you and your health is hardly irresponsible or selfish in the grand scheme of things. It is, I argue, essential. My dad taught me that work can (and should) wait when your body needs to be refreshed. He taught me that physical activity is one of the best ways to combat stress. I learned that sports and friendships go hand in hand. I learned that life is too short to not enjoy it.

When my father got sick, the outcome looked very grim. 6-months at best was what we were told. Well, let’s say that between treatments, several invasive surgeries, experimental procedures and continuing EXERCISE, we had another amazing 8-years with my dad. Through the whole ordeal, between chemo treatments he continued to play hockey, golf and fish. When his vertebrae in his back needed to be replaced after being engulfed with tumors, he still walked with his walker and exercised with bands every day. When his treatments became palliative we still took the opportunity to move when the pain was not too severe. Fitness gave him life, extended his life and added quality during a time where most would have been bed-ridden. That lesson was real for me and part of why I became a cancer-exercise specialist. In his final days in hospice, his care providers remarked they had never seen so much muscle on a man who has been dying of bone cancer/ multiple myeloma’s – ever. Exercise helped him manage his anxiety and keep depression at bay. It kept his digestive system functioning as it should. Not losing your appetite and digesting nutrients is a really big deal when you are living with cancer.

P.S. Dad, you’ve injected me with love for the last 36 years and it will never leave my system. it’s in there forever, in my blood and in my heart. Happy Father’s Day 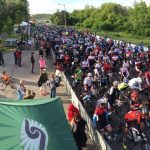 You are never going to be fully ready…or are you already prepared?Frequently Asked Questions 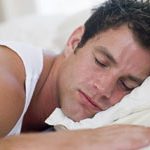