Internet Trolls, You’re not fooling anyone

Trolls, they are everywhere. Every single image, blog, ad and article posted online is vulnerable. I sometimes look at comments (I try not to) but when I do I often get so stinking red in the face angry- the kind of anger that surprises you and takes you down to a low, low level of discourse. I almost never feed the trolls, and when I do, it’s usually backed with research, citations, references, which ends up being all for not because it’s then met back with emotional discharge and petty insults. Well, today I proudly fed a troll…and I’m going to tell you about it (and will try not to get too angry doing so!) because I think it’s important we stand up to this crap. Not that you will change their minds (no matter how compelling your counter argument is) but someone will read your stand and feel they are being defended and not everyone feels the way the troll does.

A recreational fitness/activity club posted a very cute post event group photo that included about a dozen women of all ages and stature, and one teenager. On older man commented “Only one girl here is not FAT!”, to which I replied “Umm, really? wtf” (in my mind I had a lot more than that to say). He was implying that the club isn’t worth joining because all of their athletes are ‘fat’. We both had plenty to say….So here is the thing:

1) His statement was actually not true (he was referring to the 13 year old KID as the non – ‘ FAT’ in caps one btw) – several of these women are in the 18-20% body fat range. 21-24% is considered very fit, and 25-30% is still very good. Are you referring to the ‘thickness’ of their quads my friend? Yeah, you need legs to ride like they do.  Shame shame dude, I see from your profile that you also ride. Lets race up Pink Lake hill, shall we?

2) If it were true, I say hell to the freaking yeah…and we’re ALL getting out there, getting fit and rocking it MISTER! That’s amazing. The group is inclusive, encouraging and for all. That’s great. I could have replied (I didn’t), but Sir, you are OLD – you must not be a good cyclist? No clubs must want you? (his online profile was full of cycling pics)

Trolls, I ask you this? To what end are your comments useful? Are they helpful? Do you want others to chime in and agree with you at the cost of a stranger’s confidence? I just don’t get it, and I likely never will. But I will tell you this, I won’t stop sticking up for people being slammed for no reason. Bring it on!

Body positive. That’s who we are and we will always be. The idea, much like the term feminism has different meanings to different people and can fire up some heated conversations. I think I have some fuel for my next blog! 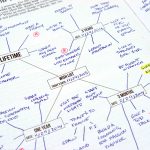